Our next major project 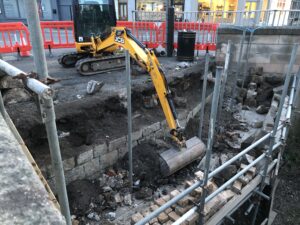 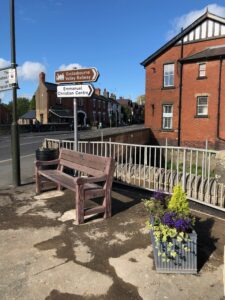 The area is now ready to be landscaped by the DCA to improve its appearance following the securing of the retaining wall rising from the Ecclesbourne.

Interestingly below ground level the engineers found another brick wall running parallel to the current retaining wall. The bricks were painted white as if they had once been exposed and part of a building. Looking at old maps there does seem to have been a structure of some sort where the bench and tarmac pavement now sit, however by the 1950s this had disappeared. Does anyone know what structure used to be on the apex of Chapel Street and Town Street?