The DCA is an Unincorporated Not for Profit Association set up in September 1972, and entirely run by volunteers from the village.  It is a Charity (Charity Ref 502399) with Trustees and has a Constitution which is approved by the Charity Commission.

It is  non political and non sectarian in religion

The financial year ends 31st December. The annual accounts are audited by an independent accountant. An AGM is held at which the Accounts are presented.

Objects as set out in the Constitution:

(Note: this was an objective 50 years ago but has less prominence now. A few years ago a questionnaire was circulated to Affiliate Groups who responded that they did not have a requirement for a village hall.  Also it would be difficult to undertake because of the cost; lack of availability of premises; and the fact that under current law the Trustees would have personal liability for procurement and operation)

The DCA is funded by proceeds from the annual Duffield Carnival;  from Membership subscriptions; and from Donations.

Whilst it has surplus funds currently, these are gradually being utilized, and it should be noted that subscriptions alone would not enable the DCA to function as intended.

In line with the Constitution, all decisions are made by the DCA Council, which is made up of representatives from Affiliate and Household Members; and elected Executive Committee Members.

Meetings are held every 2 months. These are fully minuted and also supported by a Treasurer’s Report.

Decisions are made on recommendations put forward by the Executive Committee. 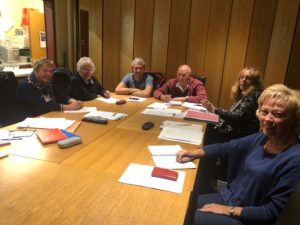 Up to 10 individuals including a Chairperson; Secretary and Treasurer all of whom are elected annually.

Meetings are held every 2 months.  Plus subcommittee meetings as required. 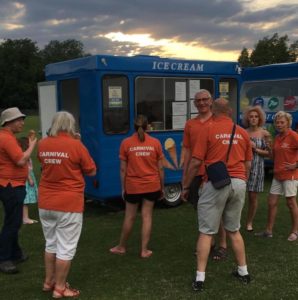 This is a sub committee of volunteers, some of whom are also on the Executive Committee.

Meetings are held  as required  throughout most of the year.

Currently we have 34 Affiliate Organisations, either based in or associated with the village.

We aim to support Affiliate Organisations by way of providing available funds to contribute to Projects; Events; Items that will benefit Duffield residents.

Requests for funds have to be supported with a plan and costings. We don’t give general donations.

Currently approximately 500 households are DCA Members. This is approximately one fifth of the households in Duffield. Every household in the village is eligible to become a member by paying the appropriate fee

Annual membership for households in 2020 is £5

All members receive a monthly newsletter, but the main purpose of subscribing is to support the village.